Join us for A11yAMA on March 18 at 11am ET to talk with Wink Harner, professor of assistive technology at CUNY, and executive board member for ATHEN, the Access Technology Higher Education Network.

In this installment of our monthly A11yAMA (Accessibility Ask Me Anything) webinar, Wink will talk about how she benefits from improved accessibility to address her genetic conditions, Brachydactyly-Syndactyly syndrome and unclassified degenerative connective tissue disorder. These comorbid conditions  affect both her manual dexterity and her mobility, but they haven’t stopped her from leading an amazingly rich life.

A11yAMA is a friendly, open space to talk frankly with the people behind a disability. We hope you’ll join us to learn how to talk about and think about accessibility challenges, and even some approaches and solutions to overcome them.

Join the A11yAMA webinar the third Wednesday of every month, at 11am ET. We’ll have a new guest each time, and we’ll ask them the questions that you send to us through Twitter or our A11yAMA form. We’ll announce our guests a week or two in advance, and prepare the best and most asked questions for our guest.

This month, we’ll be talking with Wink Harner. As with many people with disabilities, Wink has multiple unrelated disabilities, which in her case, are inherited genetic conditions that grew worse over time. Wink’s sent us a long bio to give us a glimpse into her world: 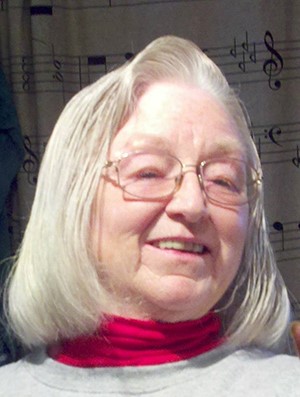 I currently serve on the executive board for ATHEN, and have been invited as a keynote speaker for several statewide & national organizations focusing on accessibility and higher education. From the AZTAP technology access project in Arizona to the Texas AHEAD conference, to chairing the Mayor’s committee on accessibility awareness in both Scottsdale & Mesa Arizona, to spearheading a scholarship fundraising drive partnering with Arizona Special Olympics to raise more than $100,000 for students with disabilities.

Prior to moving to Portland Oregon and teaching in the online CUNY Masters program, I was the adaptive technology specialist at Southern Oregon University for three years (2013-2016), and prior to that the manager of disability resources & services for two colleges in the Maricopa Community College District where I served in that capacity for 12 years.

My academic training, however, is in languages, and for more than 25 years I was a professor of Spanish, Portuguese, & French in Arizona, have finished doctoral studies in foreign languages at Arizona State University & the University of California/Santa Barbara, and have a Masters degree & a Bachelors degree in French & Spanish from Indiana University/Bloomington. I was the recipient of an academic full ride scholarship from the government of Spain for my Masters degree, and for my doctoral studies, I was the recipient of Gulbenkian Foundation scholarship from the government of Portugal.

I have done extensive assistive technology consultation & training, present at national conferences such as Accessing Higher Ground & CSUN on a variety of accessible technology focuses from creating accessible music composition to math dictation software, creating text to speech materials in math, physics, & chemistry, in-depth training on speech to text technology in a variety of languages.

Following the completion of my doctoral studies at Arizona State University, I opened a company called The Foreign Type and provided foreign language translation & typesetting design work for companies all over the world. We provided everything from instructions in Arabic on the night vision glasses for the Saudi Army, to the nine language instructions on the hatch cover for the iridium satellite, to the best Western Hotel guide in Japanese, and most of the Klingon for Star Trek.

My interest in technology predates the ADA. I have been fascinated with technology my entire life, not because of my birth defect or the limitations that it has caused over my lifetime, but a pure and unadulterated fascination with technology and how it works to make things easier, better, more efficient. One of my first fascinations was with speech to text, because I was facing writing my doctoral exams in longhand which would’ve been impossible for me to do and impossible for my committee to read my handwriting. So I contacted IBM in Armonk NY which was working with the original ViaVoice technology in Spanish decades and decades ago. I volunteered to help them design their Spanish version of the dictation software. And I got permission by my doctoral committee to use this as my “accommodation” to write my exams. This was back in the early 80s. I have worked with every iteration of the dictation software that has come out since, first through IBM, and then through all the different companies which have evolved into Nuance. I own the Dragon NaturallySpeaking program in English, Spanish, French, & Portuguese. I have used it in the classroom to teach my Portuguese classes using a Bluetooth mic I can dictate to the PowerPoint on the board. I have used it in my work as a professor, and I use it on a daily basis for everything from emails to presentations to study guides to training manuals.

I also have a great deal of experience using MathTalk, math dictation software, and have designed a set of macros in Dragon NaturallySpeaking to dictate Braille (using 6 dot uncontracted as well as contracted forms), physics, chemistry and even computer languages. As I began my studies for certification in braille, it became apparent immediately that my hands in the Perkins keyboard were not compatible. In order to keep up, I worked out a macro system for the dictation software so I could dictate the braille in dot sequence.

A constant annoyance as far as accessible technology is concerned specifically? Captcha forms and inaccessible browsers. Dictating into a captcha text box using dictation software never works. The form wants keystrokes, and doesn’t recognize the letters & numbers that are dictated. There are currently a number of browsers which do not recognize dictation software – the plug-ins for Firefox no longer work, for example. So, the tedious work of dictating into a dictation box, then copying & pasting on a website using an inaccessible browser is annoying & time-consuming. For a year after I first started teaching with CUNY, I could not access my email from the college using Dragon NaturallySpeaking as the login windows would not recognize dictated speech. The consequence was that CUNY allowed me to change my email address to a google.com. As a consequence of changing my college email address from a dot edu address cause me to be dropped from the DSSHE listserv because of my accommodation from the college. Apparently the DSSHE listserv does not have any exceptions for accommodations for professionals in the field.

I have had reattachment surgeries on every single joint in my body, from fingers, wrists, elbows, shoulders, hips, knees, ankles.

I have to sign film rights when I have surgery because what’s going on with this birth defect is so unique, it’s filmed.

Easing into the power wheelchair has taken most of my lifetime. I started off actively upright, ran track, played forward on the soccer team in college, hiked part of the Appalachian Trail, raised trained and showed Arabian horses, flew private planes. But along about age 25 or 26, the degenerative connective tissue disorder kicked into full gear and my joints began to tear apart. First, I stopped all the physical activity that involved walking, standing etc., and started biking instead. Then I began to have trouble with my hands, and the surgeries began. As walking became more painful and more dangerous, I went from using a cane, to using a manual wheelchair – I had a quickie sports chair which was lightweight and easy to maneuver. But then I lost the grip in my hands and had to go from a manual wheelchair to a three wheeled scooter. Eventually I couldn’t get up and down from the three wheeled scooter and maneuver inside my house or in offices, and so I went from the three wheeled scooter to the power chair like I have today. The power chair has made it possible for me to go take my dogs for a walk, go to church, shopping, participate in the music performances & the professional storytelling group I belong to, travel to conferences, teach, work in offices. And I can do it relatively safely without tearing anything!

There are a million other ways that technology has made my life possible – from a left-footed gas pedal for my car & the wheelchair lift, a power wheelchair, automatic doors, elevators, portable audio recorders with speech to text conversion, smart pens with handwriting recognition, touch screen technology, using hands-free (voice) Bluetooth technology for my phone, for the GPS in the car, to the remote control system for the television & stereo system, and the remote control lighting system I set up in my house. In a perfect world, if I had a million bucks, I would have a “smart” house and could tell the refrigerator what to order from the grocery store.

One of the aspects of my current work that I love the most is researching a technology solution for someone who has a need and doesn’t know where to find a solution. I love training people how to use and customize a particular kind of technology for their specific needs.”

Want to know how Wink manages her multiple disabilities in a life and in her job? Or more on what barriers she encounters? Or how her disabilities have affected her approach to life? Something else?  Ask Wink your question on our A11yAMA form, or send a question on Twitter

Join us next Wednesday, March 18 , 2020 to talk in depth with Wink Harner. Register for A11yAMA to add it to your calendar and to get a reminder.
If you are curious about a particular disability, or if you have a disability and benefit from accessibility technology yourself, we’d like to hear from you. Maybe you could even be a guest on A11yAMA. Reach out to us at a11yama@tenon.io, and let’s start a conversation.