The mortise and tenon joint has been used for thousands of years by woodworkers around the world to join pieces of wood. In its basic form it is both simple and strong. Although there are many joint variations, the basic mortise and tenon comprises two components: the mortise hole and the tenon tongue. The tenon, formed on the end of a member generally referred to as a rail, is inserted into a square or rectangular hole cut into the corresponding member. The tenon is cut to fit the mortise hole exactly and usually has shoulders that seat when the joint fully enters the mortise hole. Wikipedia

The mortise & tenon has been used reliably for over 7000 years. Done well, a mortise & tenon can be a beautiful and easy way to get an important job done. It is no mistake that we used this metaphor for our company and our products.

Conventional wisdom in the web accessibility field says that only about 25% of accessibility best practices can be caught by automated accessibility testing tools. At Tenon, we agree and, while we’re continually trying to expand the things we test for, there will always be things that cannot be definitively tested using automation, as these things are either too subjective or too complex for automation to handle.

This is where Mortise comes in. By providing access to the same knowledge resources available to Tenon’s testing staff that has produced audits for companies like Intuit, Bed, Bath & Beyond, Adobe, and more.

The first step in reporting with Mortise is to set up a project. Users of Mortise can create an unlimited amount of projects, each with their own settings. 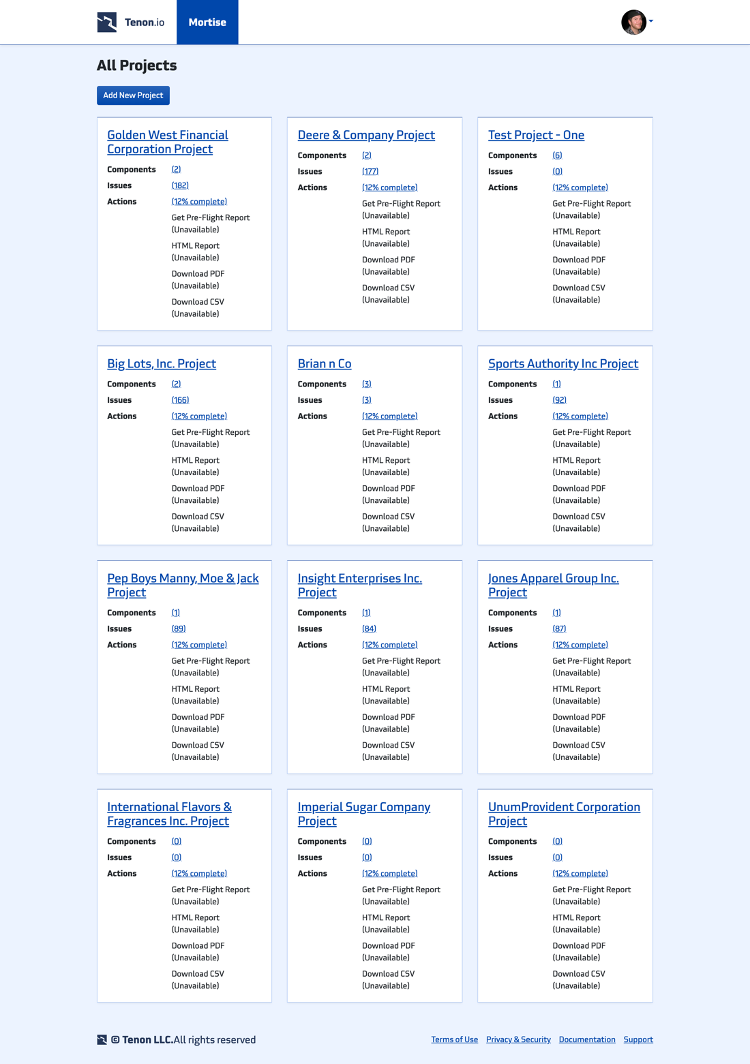 When setting up a project in Mortise, users can set up the project with which standard(s) and platform(s) to test for. These settings will later impact the check criteria used during testing. 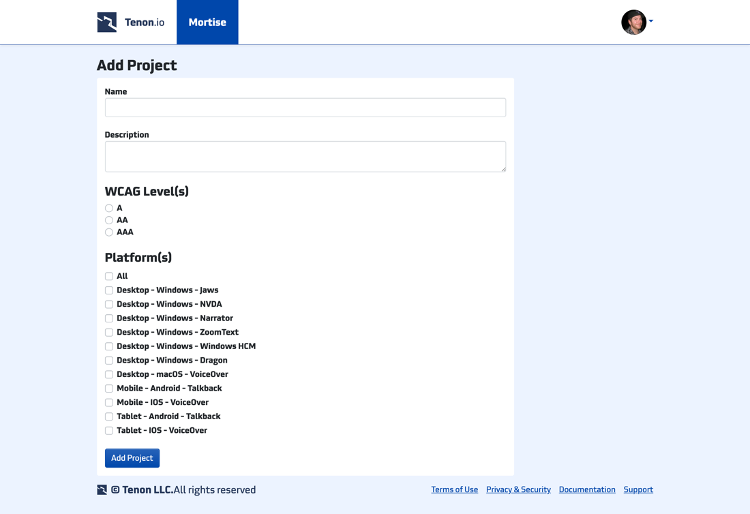 Once the project is created, the user can then add Components. Components are the individual testable portions of the product. 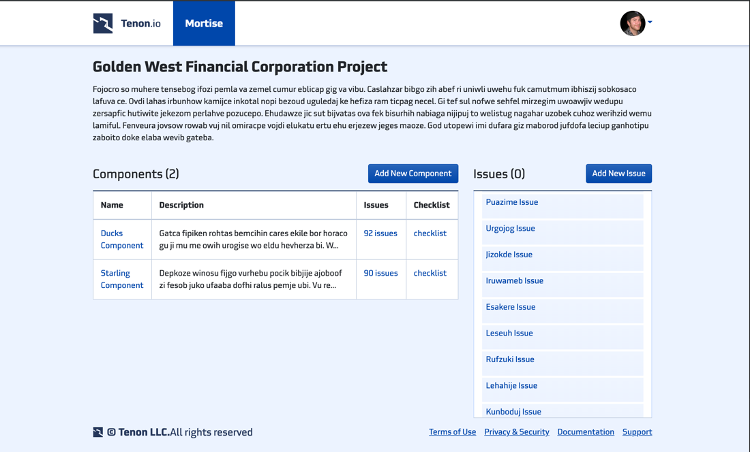 When a user adds a new component, Mortise can: 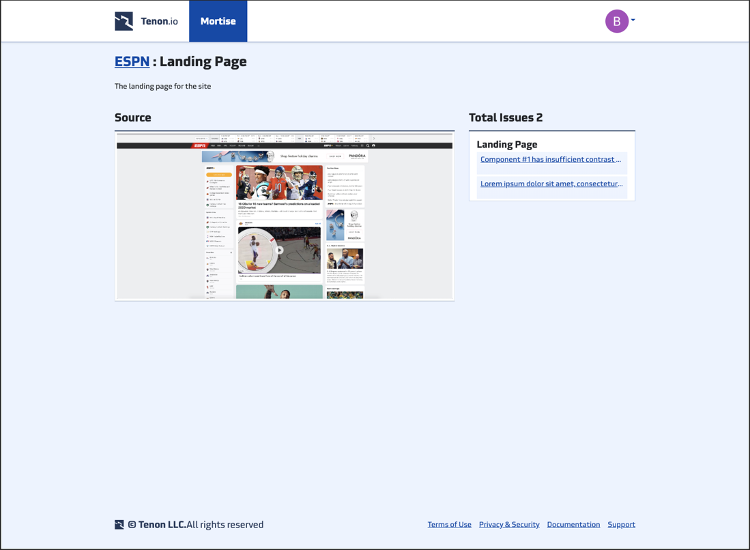 Mortise ensures complete coverage of WCAG via its extensive checklist. The checklist generated by Mortise contains over 200 individual check items across 13 content types, including mobile, each of which are mapped to a specific WCAG Success Criteria. Users can track their progress at a glance to know where they are in the process as well as how the tested system performs. 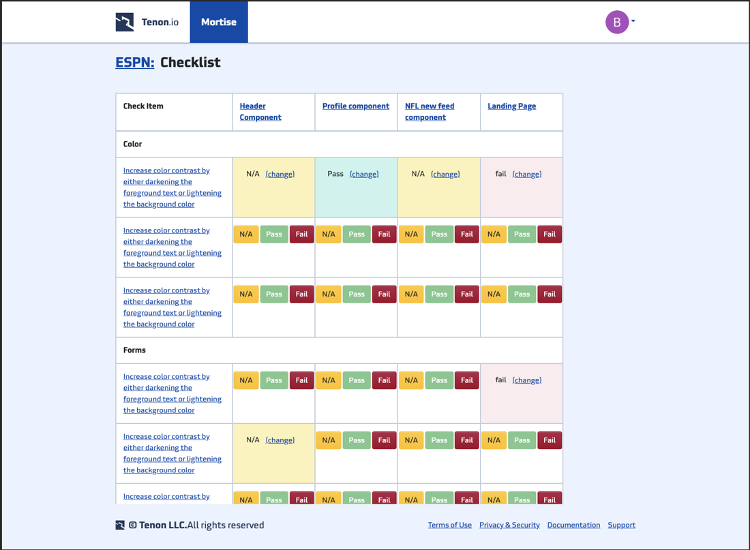 Once a failure is found, the user can create a highly informative issue that fully describes where the issue is, what the issue is, why it is an issue, and what needs to be done to fix the issue. The majority of this information comes directly from within Mortise’s resources, but the end user can still edit or remove the boilerplate information and use their own. 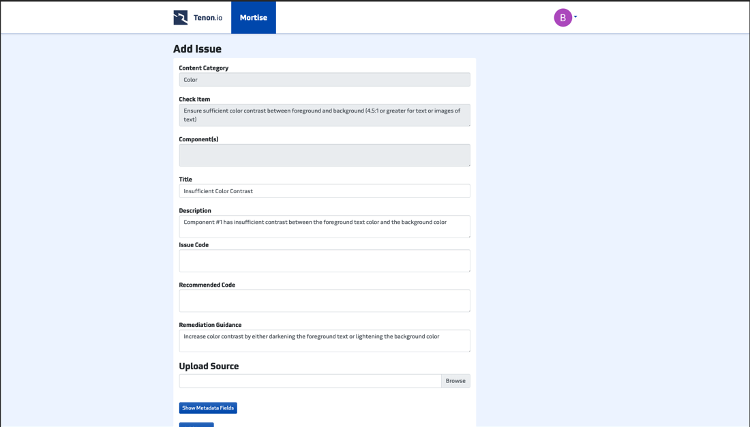 One each project has been completed, the user has the option to output their report in a number of formats, each of which useful to different audiences in their organization, including an Executive Summary or long-form report (both available as fully PDF-UA compliant PDF documents) 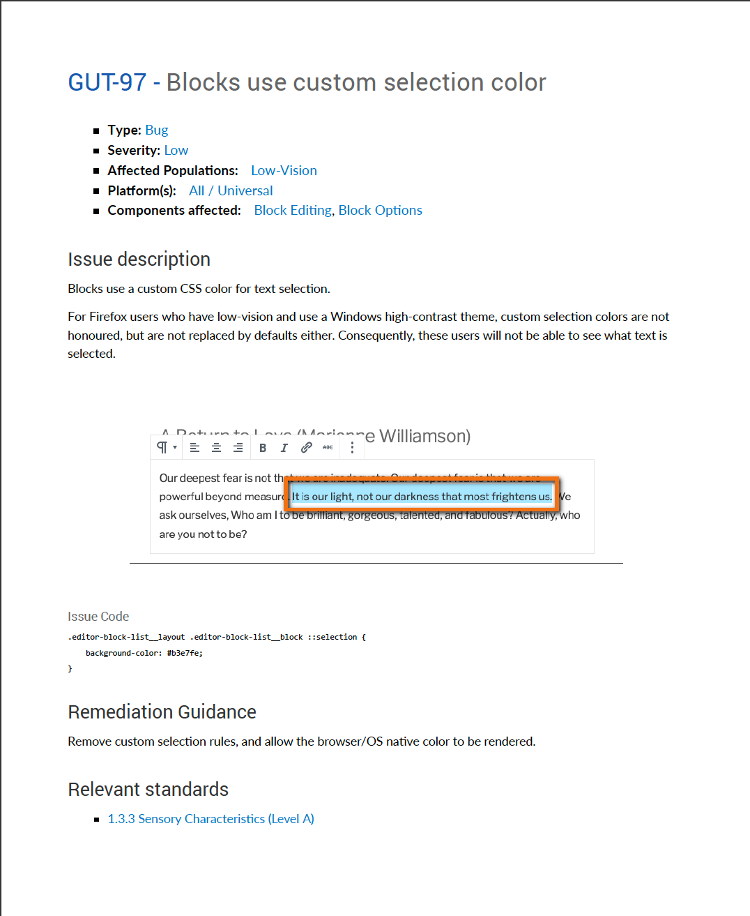 Another format available is a CSV of all the issues uncovered during the report so that the user can import that document into their organization’s issue tracking system. 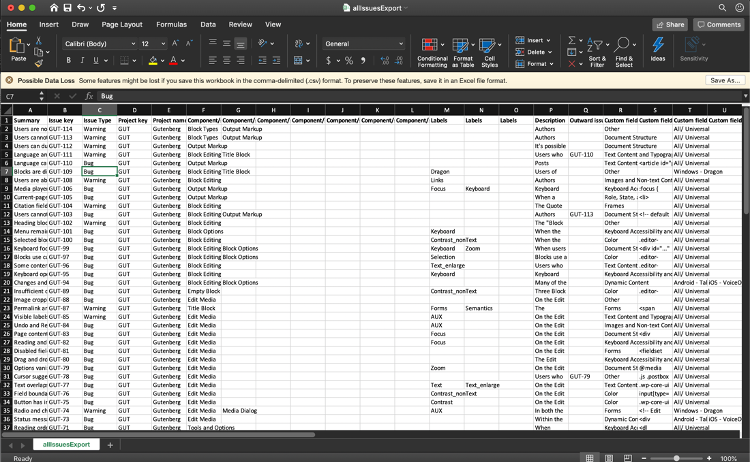 After completing the checklist and entering all of your issues, Mortise will also generate a VPAT starter document. The VPAT starter will automatically summarize the information and provide suggested language for the final conformance documentation, leaving you free to edit where needed without requiring time consuming writing or in-depth understanding of each standard.

Integrate with what you already use

Alternately, the user can also automatically send the issues to their organization’s issue tracking system. Mortise will submit the issues into the user’s existing issue tracking system according to customized import settings so that the complete findings can be tracked as needed in systems already in use by the organization without requiring they be tracked in multiple locations. 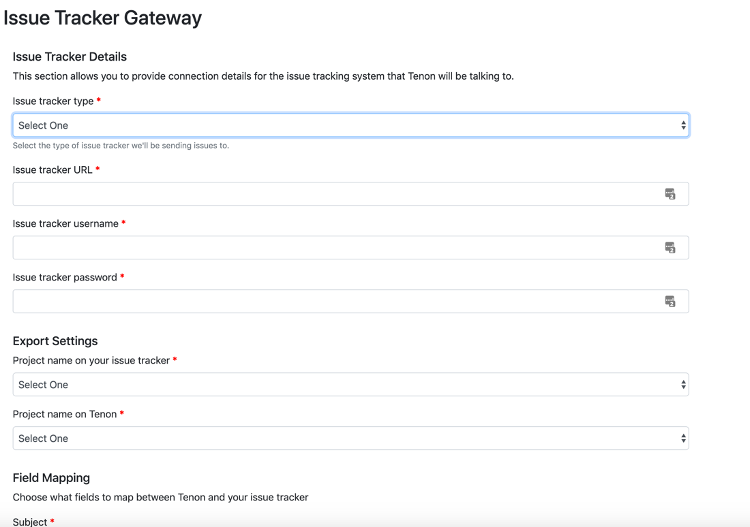 All-in-all, Mortise represents the next vital component in ICT Accessibility testing and reporting, allowing customers to leverage both the powerful automatic testing of the Tenon API as well as the collective knowledge and experience of Tenon’s accessibility consultants during manual testing. This means that you will have the complete, reliable, and repeatable coverage you need to be able to know your products’ accessibility. Flexible reporting and integration capabilities means that, like all Tenon products, Mortise works for you, not you working for it.