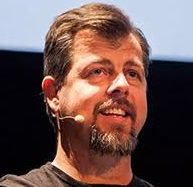 As I write this, 97% of the US population is under stay-at-home orders, which means that unless a person is an essential employee or performing an essential function, they must stay home.   All 50 states are in a State of Emergency.   The economic toll of the COVID-19 pandemic has been massive. Consumer spending is down and unemployment is the highest it has been since the Great Depression. Among the hardest hit businesses are restaurants and bars. In March, the National Restaurant Association predicted between 5 and 7 million jobs would be lost. That number represents around 40% of the jobs in that sector.  The downturn will most certainly mean the closure of massive numbers of restaurants and bars. Industry magazine QSR estimates that 11% of restaurants will shut their doors in April alone.

Staying in business means adapting to the new reality that it will be several months before stay-at-home orders are lifted and customers begin to fill seats again. This means finding new ways to generate revenue in a way that keeps both customers and employees safe from the risks posed by Coronavirus.  At a high level, this means either delivering meals to customers or allowing them to pick their purchases up.

For many restaurants - especially independent ones - this also means a pivot to taking orders via telephone and online. When it comes to ADA compliance, this adds an additional concerns that many restaurants had not yet thought of before. Whereas restaurants are probably familiar with the physical access requirements impacting their business, they're often not aware of the web-based requirements.

Last week, we decided to do some research. We grabbed the URLs of 15,000 of the top-ranked restaurant websites in the United States. The results were... interesting.

Among the more useful of Tenon's Reports is the Summary Report which shows very high level data on a project. In this case, a few numbers really stood out:

Of those, the Average issue priority is the most notable. What this means is that the overwhelming majority of the issues discovered on restaurant websites need to be addressed before the sites could be considered accessible. Issues with 100% Priority are issues that have a high impact on users.

Total number of issues is a poor metric unless it is placed in context. This is where Issue Density comes in. In short, Issue Density is a measure of how many issues occur in context of how much code is on the page. Here is where we see a clearer picture: Around a third of the pages tested have under 10% density. That's not bad at all and is a range that we would expect those pages to be usable. Another third-ish of restaurants have 11-20% density, which isn't too bad either, but is treading into an area where the nature of the issues may start creating real problems for users.  It is the last third that shows a more concerning trend. As density rates increase, the usability for people with disabilities decreases. Worse still, the nature of the issues no longer matters at higher densities. At high density, the volume of issues becomes high enough that users will bounce rather than suffer through the experience.

Not surprisingly, the nature of issues for restaurants is much the same as the rest of the web. Issues relating to navigation, forms, images, and general structure dominate the top issue categories.  This means that users with disabilities will have problems with getting around the sites, understanding the sites, and using the sites.

This latter concern means lost money. Among the most prevalent issues discovered on restaurants relate to forms:

In any case where these forms relate to ordering food, the result is lost money.

As I've written before, there are approximately 25-40 ADA related lawsuits filed in US Federal courts every day. Many of them - especially in California - are mostly focused on physical access. In Florida and New York, a substantial number of ADA lawsuits are based on the accessibility of websites and mobile apps.  Yesterday, for instance, Pita Pit, Menchie's, and Insomnia Cookies all had lawsuits filed against them by a plaintiff known for suing over inaccessible apps and websites.

Regardless of how you feel about ADA lawsuits, one thing is certain: In the age of COVID-19, restaurants can turn risk into reward.  If you own a restaurant right now, you know that delivery and contactless pickup can make the difference between survival and shutting your doors for good.  Another tactic you can employ for survival: accessibility.

With 54 million people with disabilities in the United States, you can grow your business among a loyal segment simply by making your website or mobile app more accessible.