This weekend, we learned of the passed of one of digital accessibility’s pioneers, Dr. Jim Thatcher. 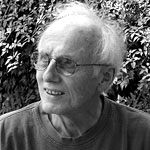 Jim was one of the creators of the first screen reader. His prototype PC-SAID (Personal Computer – Synthetic Audio Interface Driver) became IBM Screen Reader in the early 1980s, which became the generic term for that whole class of assistive tech (like Xerox or Kleenex).

What is a screen reader?

A screen reader is assistive technology software that is similar to an interactive audio book.

In fact, modern automatic audio books, which use speech synthesis, have their roots in screen readers like the one Jim created. Similarly, smart speakers are built on speech recognition and speech synthesis technologies that were largely byproducts of assistive technology research and products. (There were other non-accessibility efforts as well, but the most commercial success was in accessibility, where the need was greatest and the tolerance for flawed results was higher.)

The first “screen readers” weren’t in software. They were dedicated pieces of hardware, like PC-SAID’s precursor called SAID (Synthetic Audio Interface Driver), created in the 1970s, which cost $10,000 ($39,470 in 2019 currency). What Jim did was recreate that hardware in software, for IBM’s OS/2 operating system. This democratized the technology, reducing the cost, thus making it available to a much broader audience.

Beneath the screen reader

Writing a screen reader for a text-only terminal interface was relatively easy, since it only needed to reflect the single-context stream of text on the screen. Once window-based GUIs (graphical user interfaces) were introduced, the challenge increased. So Jim worked on the underlying model of the windowed interface, to create text-based equivalents for the messages and controls for each window, and managing the focus on which window was active.

This evolved into the different platform-level accessibility APIs available for each modern operating system (MSAA/IAccessible2 and UI-Automation for Windows, AXAPI for MacOS, and ATK/AT-SPI for Linux). Today, we largely take these foundations for granted, but modern assistive technology like magnifiers, screen readers, and keyboard alternatives depend on these platform accessibility APIs, as do higher-level Web abstractions like the browser’s accessibility tree, the Accessibility Object Model, and ARIA

Accessibility is more than just software and hardware

Only about 30% of the WCAG guidelines can be tested by accessibility checker software like the Tenon API. The rest requires human judgement and interpretation. And that human element requires specialized skills and dedication. This is another area in which Jim Thatcher was a pioneer.

Along with George Kersher, Jim Fruchterman, Gregg Vanderheiden, and many others though the 1980s and 1990s, Jim shaped an industry of practice around accessibility. The modern accessibility consulting and development communities owe their very existence to founders like Jim.

Because at its core, digital accessibility is human. It is humans empowering themselves and others though technology, removing barriers to personal fulfillment and personal worth. Perhaps more than his contributions in the technology, Jim shaped the lives of other people –the next generation of accessibility professionals– through his passion, his brilliance, his ability to inspire others, his commitment to civil rights for all, and his humanity.

Lainey Feingold wrote a beautiful example of how Jim touched and shaped the accessibility community, with links to other remembrances of him.

Society owes a lot to Dr. Jim Thatcher. He left the world a better place than he found it.